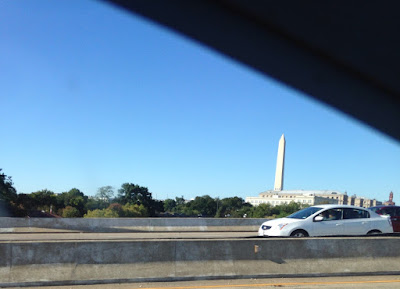 It's always nice to go away on vacation isn't it?  Travel to new places, see exciting and new things.  Sometimes getting there can be overwhelming.  This past week I traveled to #Baltimore for #Women #of #Impact Gala event.  I had everything planned out.  Except for one thing.  Road construction as soon as I entered Emporia, Virginia.  I missed my exit to bypass D.C. and spent two hours circling D.C. before I was able to get in the correct lane to exit onto the road to Baltimore.  On the positive side?  Sitting at a standstill I was able to see the Washington monument from my car!  It's not everyday you get to drive by something so spectacular.  Seeing that was well worth it.

Here are a few superstitions I grew up about traveling.

~ If the bottom of your feet itch you will walk on strange land.
~ Don't drink the water from a place you have never visited before, it will make you sick.

Some other superstitions I grew up with: 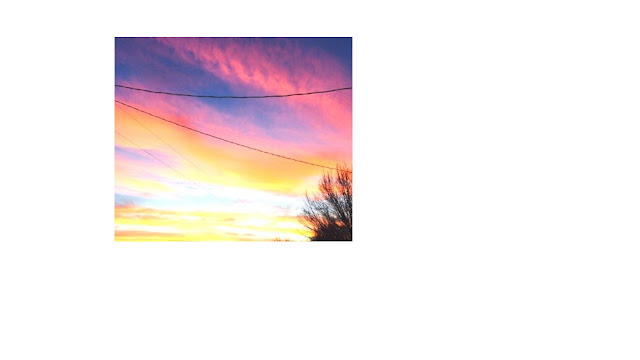 I have often wondered how and were #superstitions originated.  Were they developed from stories told around campfires from early settlers as entertainment?  Were they a mix of superstitions brought over from the Ol' World mixed in with the new in the New World?  We may never know.
Superstitions about #weather has always fascinated me.  I was eager to see it was true or if something would happen.

~ If there is lightening during the winter it will snow in 7-10 days.  I have experienced this several times living in southern North Carolina.

~ Red Skies in the morning; sailors take warning - meaning it will  rain or storm by afternoon or evening.
~ Red skies at night; sailors delight - meaning beautiful weather ahead.

~ If it rains at a funereal the person who past is going to heaven.

~ If squirrels are raiding the pecan trees before the fruit has had a change to open from the hull and fall to the ground - it will be a hard winter.  One year we had squirrels to eaten a hole in a 55 gallon garbage can we kept chicken feed in.  The entire winter we had a combination of icy rain, snow flurries, sleet and finally a combined ice and snow storm. 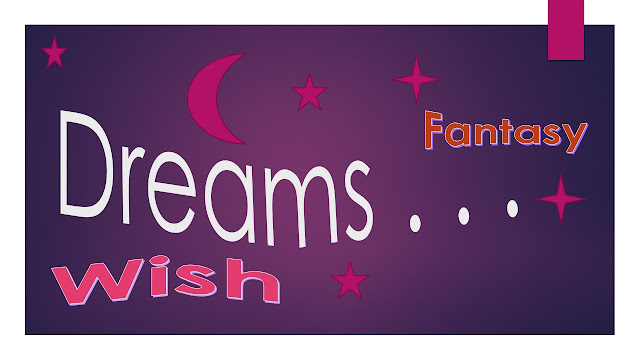 #Dreams are images, ideas, #emotions and #sensations that occur involuntarily during stages of sleep. (Wikipeda)
We all dream.  Some are good, some are bad.  Some we remember, some we forget as soon as we wake and some leave us puzzled.
For instance, two nights ago I dreamed that I was down on my knees crawling.  I could see my goal in the distance.  There were others around me crawling just as I was.  Some were laughing.  Some were complaining.  One stopped and sat down refusing to move any further until someone told them why they had to crawl to get where they wanted to go.  And some were horse-playing.  I ignored them and kept my eyes on my goal.  The further and harder I crawled the slower my goal came into view.
Did my dream have any significant meaning?  To me it did.  My greatest ambition is to traditionally publish.  I #believe my dream was a sign to not give up, to stay focused and to keep working not only hard but smart towards my goal.

Here are some superstition about dreams:

If you tell someone about a dream you had it will come true.

If you dream the same dream three times it will come true.

Dream about eating fish and someone is pregnant.  A person who is dreaming about eating fish could be the one pregnant.  This happened to me.  I remember my husband waking me up asking me what was I doing.  He said I had been licking my fingers in my sleep.  A couple weeks later I discovered I was pregnant.

Dream about a snake and you have an enemy.

Would love to hear from you if you know of any other superstitions about dreams.

Fall is in the air

Hello everyone and Happy October.  #October has been designated to observe many things from National #Arts and #Humanities month to Nation #Pizza month and finally #Halloween on October 31st.
I wanted to do something different so for the entire month of October I will be discussing #superstitions I grew up with.  Not only are they from my #southern roots but they are beliefs I grew up hearing from my #Grandmother.  Looking back, I wished I would have kept a #diary when my Grandmother talked and told me tales.  Most I remember but there are so many more I have forgotten over the years.
So to start off, I'm going to talk about #New #Years #Day superstitions.
New Years Eve, we always cleaned our homes thoroughly including doing all the laundry and putting it away.  The belief was a clean house on New Years day; a clean house all year long.  It was bad luck to wash laundry or have clothes hanging on a clothesline on New Years day.  If you did so, the belief was you were washing someone out of your life; someone in the family would die.  My co-worker, Jessica's mother was seriously ill many years ago and on New Years Day they had to laundry the sheets on her mom's bed.  Her mom passed two months later.  Was it a coincidence or did the superstition come true?  Jessica believes it was the superstition.
Spend a little bit of money on New Years day and you will have money to spend all year long.  I do this every year.  I take my mom shopping and we use the gift cards we received at Christmas.
Wear a new piece of clothing on New Years Day and you will have new clothes to wear all year long.
The meal on New Years Day is collards and black-eyed peas.  The collards represents money and the black-eyed peas are for good luck.  As a child this was the one holiday tradition I disliked.  I can't stand black-eyed peas.  I still cook collards but instead of black-eyed peas I cook Lima beans.
Never sit your purse on the floor.  Doing so means you will always be broke.

I would love to hear from you if you have any New Years Day superstitions you observer or grew up with.

HAPPY NEW YEAR!  I hope you had a wonderful and blessed holiday.  As I work on this post, I am taking down my Christmas decorations ... 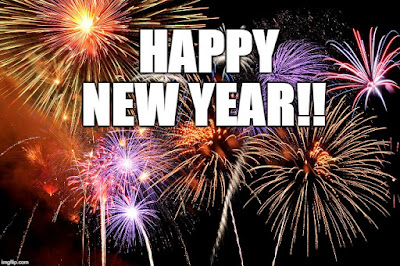