Hello everyone & Welcome to my Blog:

My name's Rebecca Owens and I'm from a small, southern town in North Carolina called Pembroke. Some of you may be familiar with The University of North Carolina at Pembroke.  As I sit in my swing on my front porch, I struggle with what to write.  I won't lie; I've had this blog now over a year and I've been intimated by it.  Why?, you may ask?  Well for starters, it's easy for me to write stories, but it's not so easy for me to blog.  A friend told me to blog about what interest me.  I laughed and told them that I could blog about sitting on my front porch in peace and quiet, about gardening or about eating a plate of fried chicken, collards, corn from my freezer and fried corn bread.  "No", I was told.  Write about your passion, writing.  So here I am, blogging or at least attempted to blog about the one thing I constantly think about: writing.

Before I go any further I want to thank God for allowing me to accomplish the one thing that has meant so much to me.  Below is the cover of my first book, 'A Sister's Love', a Christian Romance, that was published in April 2013.  I was so excited when I received my first copy in the mail that I danced around living room all silly while my husband and kids looked on.  But all that excitement in no way, amount to the six years of buckets of tears, balls of frustration and disappointed moments where my finger hoovered over the delete button on my laptop as I asked myself over and over, What am I doing?  Am I kidding myself?

In the span of three years, I received a total of 298 rejection letters from potential literary agents across the US who told me repeatedly that my story wasn't marketable and it wasn't a good story line.  As I read those e-mails, one after another I would get angry and with that anger I would work on my manuscript with gusto; until I hit rock bottom with depression that lasted for weeks.  I would cry going to work; cry driving home from work.  I joined a gym and I would cry as I walked on the treadmill.  And I'm not a person who cries very easily; never have been.

In 2009, I attended my first writer's conference were I was introduced to self-publishing.  It was an avenue I didn't want to travel, didn't want to explore, and as rejection e-mails kept coming in, I stood my ground that I wanted a traditional publisher.  Finally in 2012, I swallowed my stubbornness and started doing some intensive research.  The end result, I self published.  Some may say that I gave up, or that I gave in, but on the contrary.

What better way to show someone that you believe in Yourself, in Your dreams, when no one else does? 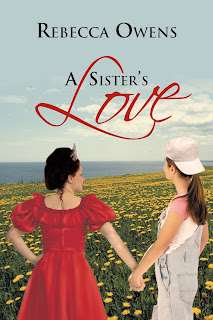 Two North Carolinian sisters, Flo and Priscilla Oxendine are entangled in a web of betrayal, grief and loss that has span over the time of ten years.  The entanglement started when the sisters become estranged after Priscilla did the unthinkable and betrayed Flo.  Nine months later, Priscilla dropped another bomb shell or two after Flo had begun to rebuild her life.

Jack Winston, Priscilla's New York attorney and friend, has been given the chore of calling her family late one autumn night with sad news of her accident.  In search of Priscilla's family contact information, he finds a forgotten two-year old letter asking him to agree to an arrangement with Flo that knocks him off his feet.

SNEAK PEAK OF 'A SISTER'S LOVE'

“Jack,” Priscilla whispered swaying just a bit, “I need you to keep something for me.  One is for you and the other is for Flo, my sister.”  Priscilla barged in, brushing past Jack without a thought that he may have had guests for the evening.
Jack released a low groan.  Priscilla was drunk again.  She staggered into the living room and fell haphazardly on the sofa.  Shaking his head, he closed the door and went into the kitchen to start a very strong pot of coffee.  It was going to be a very long evening.
“Where are the twins?” Jack asked, keeping his frustration with Priscilla in check.  Was it too much to ask for a quiet evening or an uninterrupted weekend with no e-mails, faxes, phones and certainly no clients?   The past week had been filled with all the drama he could handle from stubborn and non-negotiable clients.
Priscilla stumbled to the kitchen bar and propped her elbow on Jack’s broad shoulder.  “Oh, they’re over at Abby’s”, she rolled her eyes and wiggled her fingers in the air.  “Have you had a hard day, Jack?  You really should learn to leave work at work and have some fun.  You’re still young and as handsome as ever,” she patted his chest with emphasis.  “You should be out having a good time or enjoying the evening with your wife.  Why aren’t you married anyway?”  Priscilla raised her eye brow at him. Her words stretched out and she waived her hands in the air dramatically.  She had a tendency to do that when she had been drinking.
Jack avoided her gaze while he listened to her ramble on.  He wasn’t going to justify her noisy questions with an answer.  That topic was off limits for discussion and if he answered her, she would be here all night talking a whole lot, about a whole lot of nothing.

I hope you will continue the journey with me as I put the final touches on 'When There's Hope for Tomorrow' and complete 'A Family's Love - Noel's Story'.
at September 28, 2014 No comments:

For Everything There Is A Season When seasons change, it's a reminder for us to reflect the previous months. Did you grow as a person... 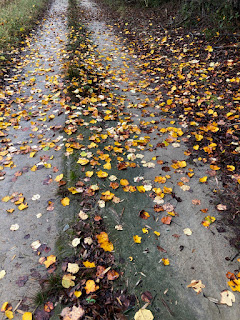